Join us for this three-part FREE virtual series as we send out our current exhibition Astronaut in style! Arizona Science Center is pleased to offer dynamic ways to connect you with experts in space exploration from a variety of backgrounds including scientists, authors, and business leaders. Hear first-hand accounts of working in the space industry, designing systems, and exploring the solar system.

Join the conversation by using the hashtag #ASTRONAUTASC on social media! 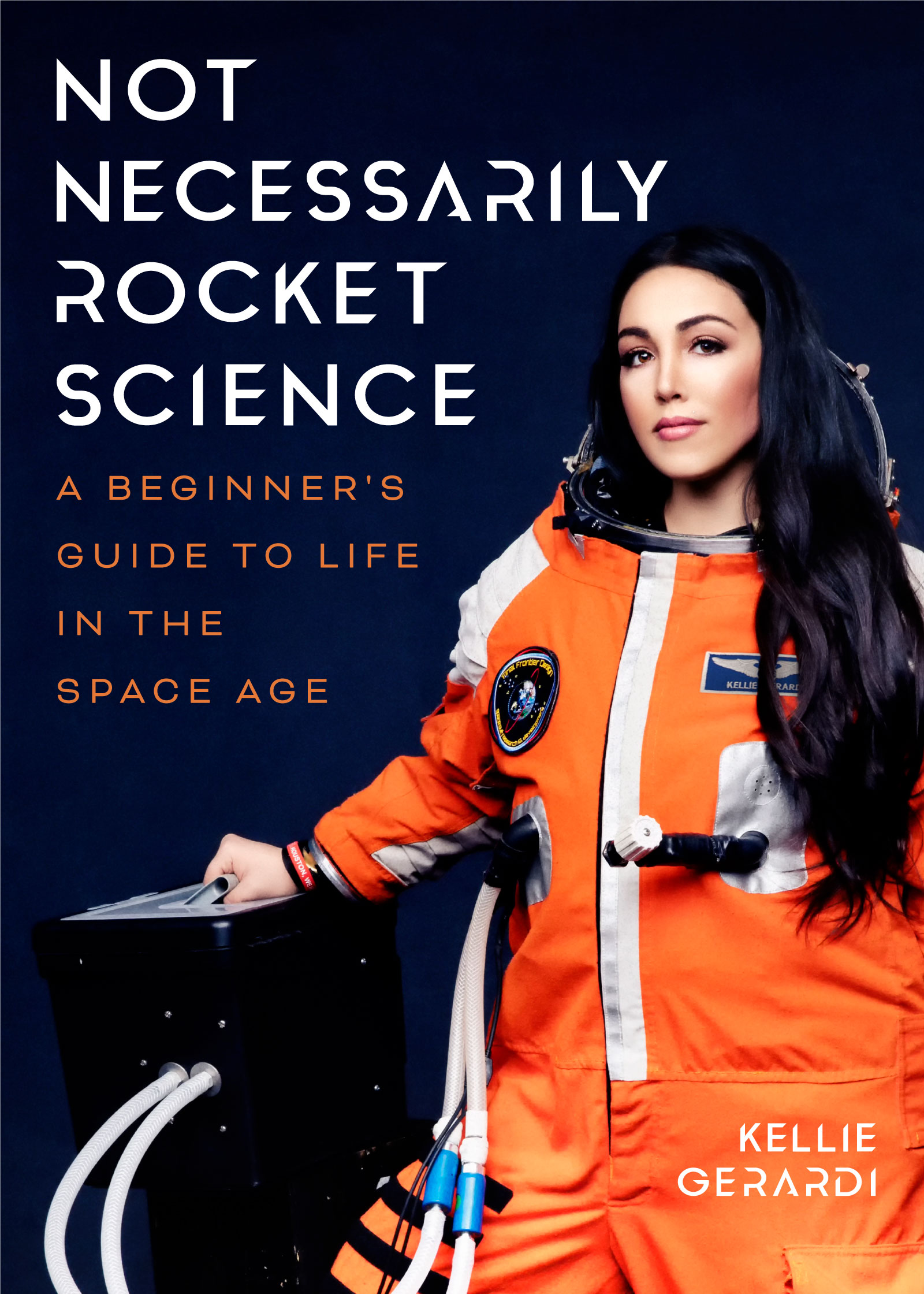 Not Necessarily Rocket Science: A Virtual Conversation with Kellie Gerardi

Have you dreamed of stars and galaxies far, far away? Join Kellie Gerardi, author of Not Necessarily Rocket Science: A Beginner's Guide to Life in the Space Age, in a conversation with our very own Sari on Science about her experiences in the commercial space industry. In her book, Kellie takes us on a tour of her nontraditional path in the space industry—from her adventures working at a spaceport to training for Mars to testing spacesuits in microgravity, to building a massive SciComm platform. In this live conversation, she’ll share more stories about her experiences in this emerging frontier and offer insights and encouragement to anyone who dreams of donning a spacesuit.

Kellie Gerardi is an aerospace professional and popular science communicator dedicated to advancing humanity’s footprint in the solar system. She is a Scientist-Astronaut Candidate with Project PoSSUM, the world’s first crewed suborbital research program and has also contributed to space settlement research, including a multi-week crew rotation at the Mars Desert Research Station. Kellie has been featured across a broad range of publications, including guest appearances on ABC’s “The View” and “Nightline,” and profiles in Vogue, Glamour, and The New York Times. Find Kelli on Instagram, Tik Tok, Facebook and Twitter.

Starliner made history in December 2019 by being the first American-made, orbital crew capsule to land on land. Join us for a free online presentation as two members of Boeing’s landing and recovery team discuss what it takes to make this happen.

Boeing's CST-100 Starliner spacecraft is designed to transport crew and cargo to low-Earth orbit destinations, including service missions to the International Space Station. Landing on land is safer for continued reusability of the Starliner fleet and allows crew and precious cargo to be recovered quickly.

Starliner lands in one of five remote areas, including one in Arizona, spread across the western United States, and can also be recovered at sea in the unlikely event of an emergency.

Louis Atchison, Ph.D. is the chief of Launch & Recovery and spacecraft conductor. He leads the launch countdown and is in the Boeing Mission Control Center at Kennedy Space Center during Starliner launches. He is responsible for developing the launch and landing architecture and directing both the real-time integrated launch countdown and landing site operations for Starliner. Prior to joining the program in 2012, he supported design, test, and operations on multiple space systems across Boeing.

Elizabeth Balga is a Mission Integration, Operations, and Test Engineer on Boeing’s CST-100 Starliner. During Starliner test flights and missions, she supports field operations as the Hatch and Spacecraft Operator and the Payloads Recovery Lead. Prior to Starliner, she completed multiple internships and rotations with Boeing on the Space Launch System, Ground-based Midcourse Defense System, and the 787. In 2019, she completed Boeing’s Engineering Career Foundations Program.

A Virtual Chat with Jim Bell

The Ultimate Interplanetary Travel Guide: A Futuristic Journey Through the Solar System

Do you dream of traveling to other worlds?  Well then, why not? Come with noted astronomer, planetary scientist, and interplanetary travel guide Professor Jim Bell on a predictive tour of what the solar system will have to offer as of 2218. Hiking, sightseeing, photography, musical performances, fine dining, extreme sports, even Citizen Science research opportunities abound across our solar system, from Mercury through the gas giants and moons of the outer planets, and even beyond. How should you dress? What should you bring? What kinds of adventures can you expect? Let's find out!

Jim Bell is a planetary scientist, educator, author, public speaker, and President of The Planetary Society. He is heavily involved in NASA solar system exploration missions like those of the Mars rovers Spirit, Opportunity, and Curiosity. In all, he has roles on seven NASA missions either flight or in development. In 2011 he received the Carl Sagan Medal for Excellence in Public Communication from the American Astronomical Society. As a professor in the School Of Earth and Space Exploration, Jim runs an active research program spanning many students and topics. Currently, active areas of research in his group include surface mineralogy and weathering history of Mars, surface composition and mineralogy of the Moon, and geologic processes on the surfaces of terrestrial planets, moons, and asteroids.